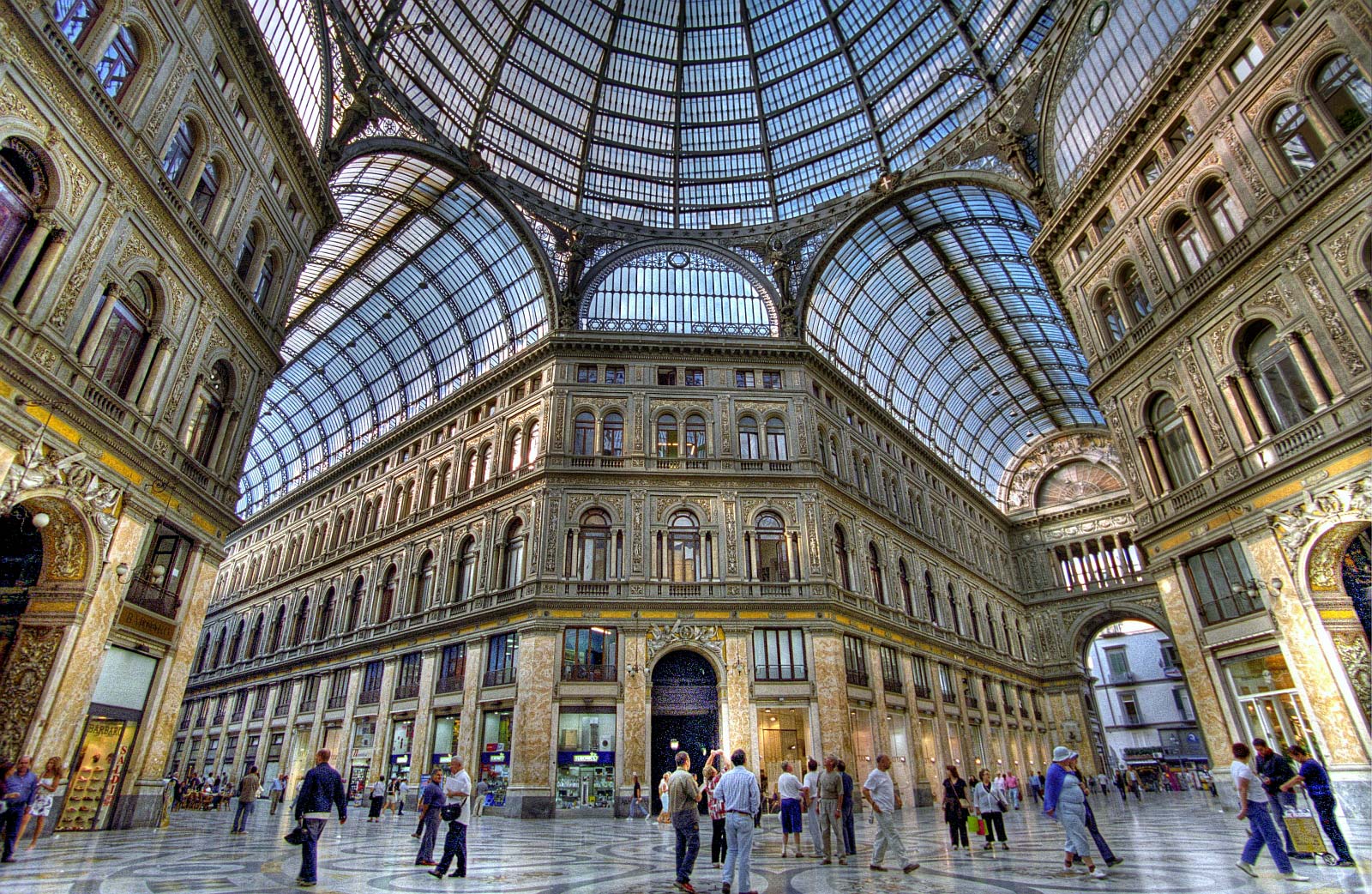 Enjoy a walking tour to discover the historic center of Naples, one of the oldest cities in Europe, exploring the area of Spaccanapoli and taking a beautiful and interesting walk through the churches and majestic palaces. You will discover all the stories, curiosities and anecdotes of Neapolitan tradition and folklore. 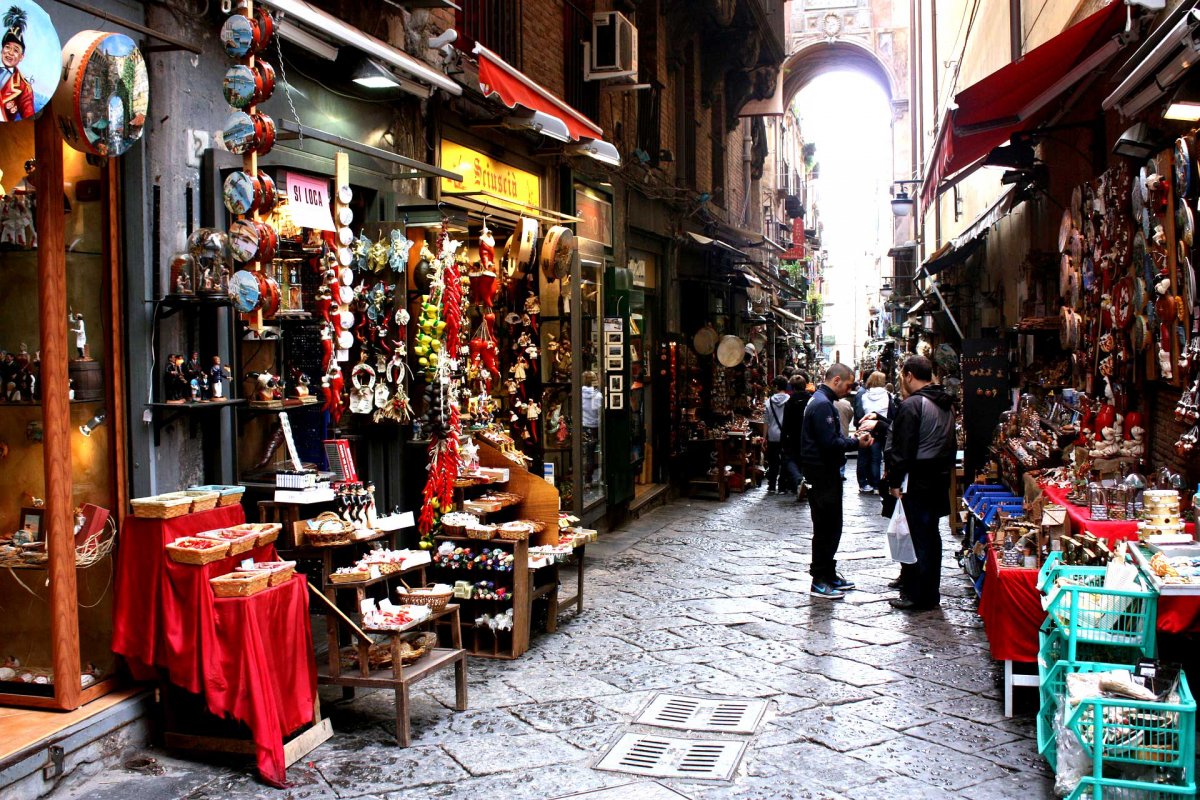 Spaccanapoli is the road that goes from the Spanish Quarters to the district of Forcella, cutting in a straight line the city of Naples, you will understand better why it is called so if you watch it from San Martino in the highest part of the city.

A trip to Spaccanapoli is a journey through the thousand-year history of the city, here there are not only the ancient palaces, the churches, but also the legends and the unmistakable smells of Neapolitan cuisine. Do not be surprised at anything: along the route of Spaccanapoli you will meet beautiful churches and families living in the “bassi”, artists and artisans.

The Cappella di san Severo, also called the church of Santa Maria della Pietà or Pietatella, is one of the most fascinating and mysterious museums in Naples. 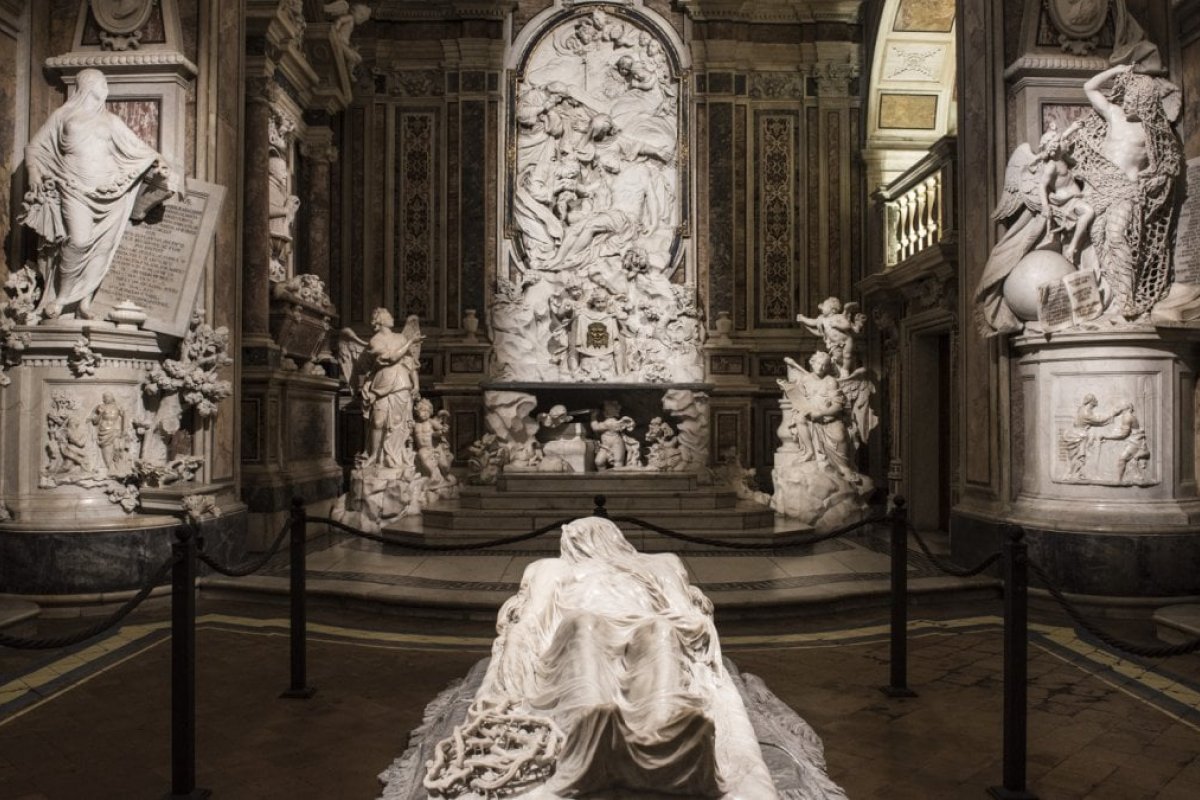 Hidden in the alleys of the historic center of the city. Located in the center of the Chapel, the Cristo Velato (Veiled Christ) is one of the most beautiful and evocative works in the world.

Among masterpieces such as the famous “Veiled Christ”, whose image has become famous all around the world for the prodigious “weaving” of the marble veil, wonders of virtuosity as “Disinganno” and enigmatic presences as “Macchine Anatomiche”. The Sansevero Chapel Museum is one of the most unique monuments that human wit has ever designed.

The Naples that we see today, rests its foundations on an ancient network of as many underground roads: the tunnels excavated by the Greeks when they began to extract the tuff from the subsoil to strengthen the city walls. 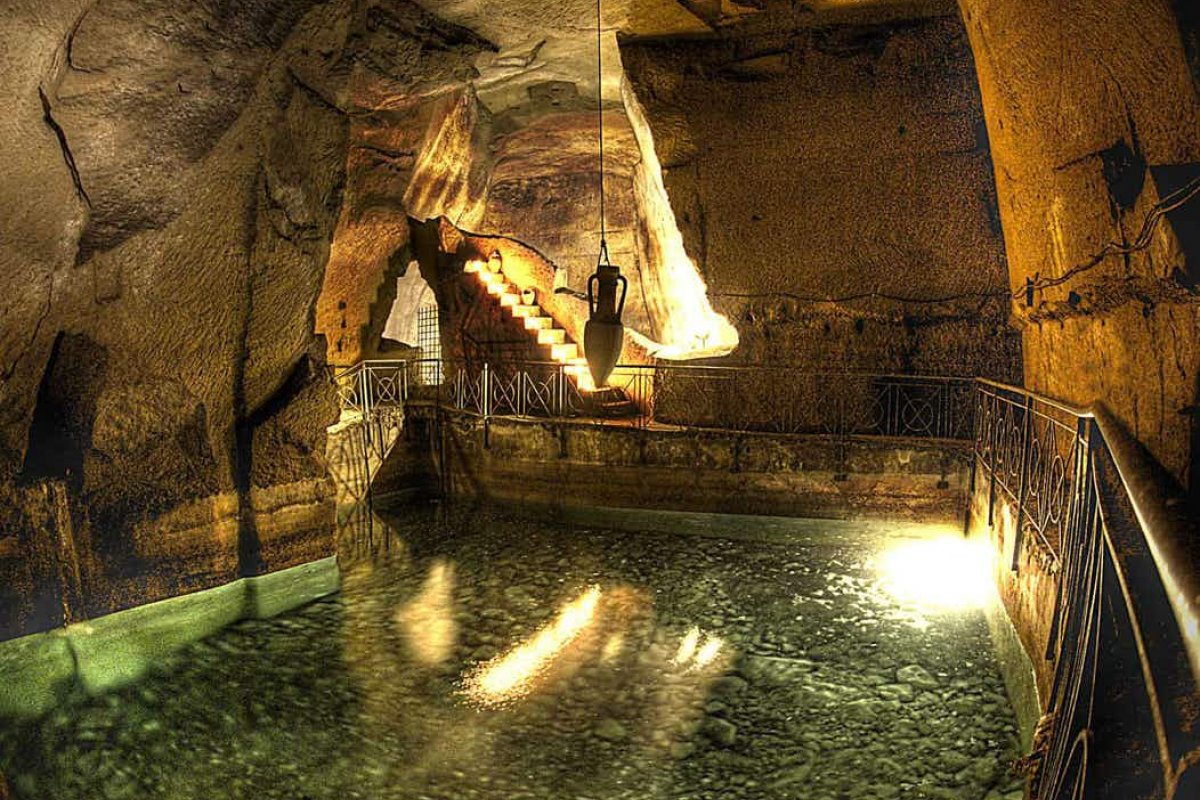 During World War II, the underground Naples was modified to accommodate the population during the bombing. During the war years, about four thousand people populated the underground of the city, waiting for the war to allow the return to normal life.

Moreover, in the popular belief Naples is a place frequented by the spirit that inhabited the buildings of Naples. If the inhabitant of the house was nice to the “MONACIELLO” (monk), this could find money in the drawers or in the jackets hanging at the entrance. But if by chance the spirit was offended, showing little devotion or claiming not to believe in ghosts, the revenge of the "monaciello" was inevitable.

First riding school then home to the University, the Archaeological Museum of Naples was inaugurated in 1816 and is now one of the most important in the world for the quality and quantity of the works it houses. 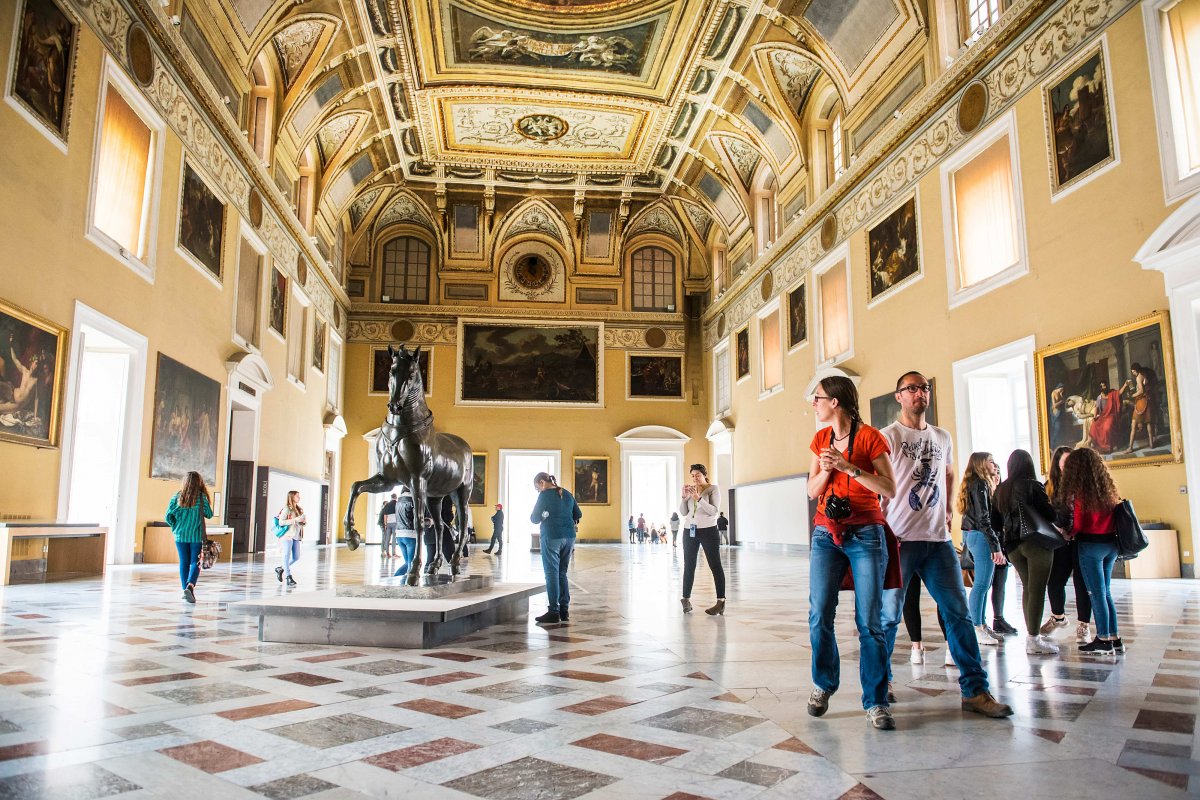 King Ferdinand IV intended to create an imposing institute for the arts in Naples and, after more than two centuries, it can be said that his ambitions have been realized.

The Archaeological Museum, in addition to containing the findings of the excavations of Pompeii, houses finds of the Greek-Roman age, Egyptian and Etruscan antiquities of the Borgia collection and ancient coins of the Santangelo collection.

Do not miss the "Secret Cabinet" which contains frescoes and ancient sculptures dedicated to the theme of eroticism.

The nightlife of Naples is very lively and there are many places in the city to spend evenings with friends having fun with live music, a drink or some snacks to munch. 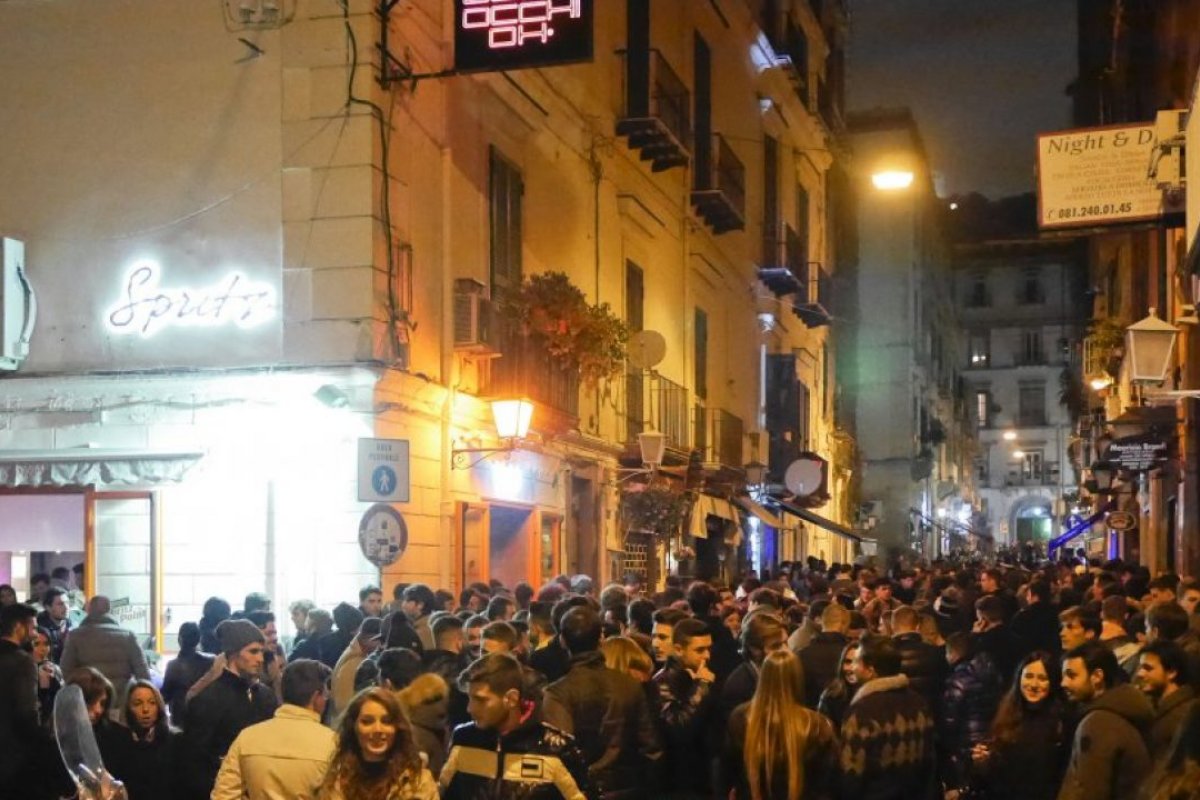 The places of the Neapolitan nightlife range from the historic center to the hill of Vomero, passing through the famous bars of Chiaia up to the nearby Pozzuoli.

The Lungomare Caracciolo and Mergellina are also very popular, thanks to the evening charm of the promenade overlooking the Gulf.